From USA to AUS 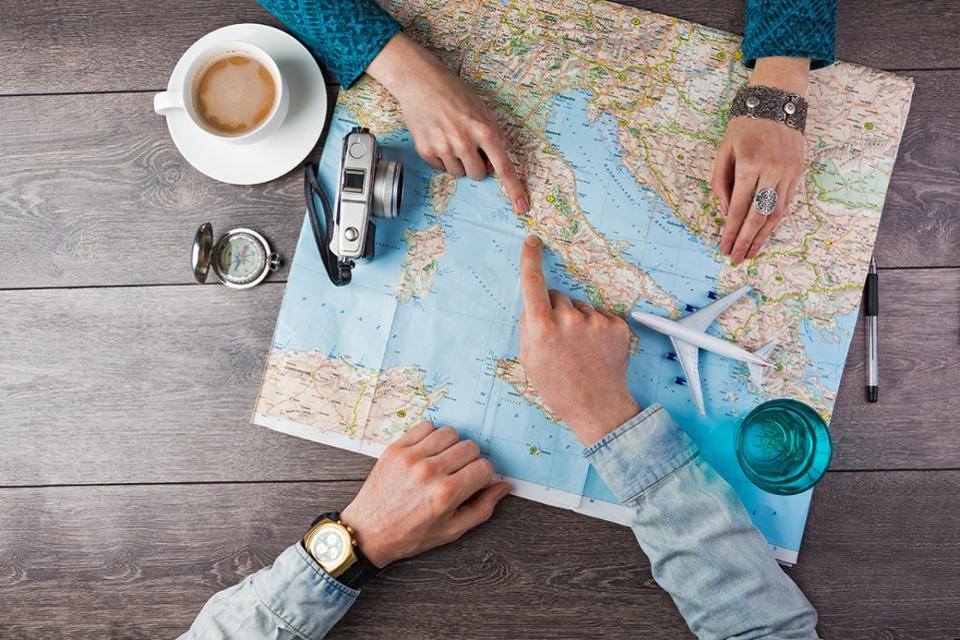 The timer is ticking down. Actually, it isn’t ticking. It’s pounding and screaming, “Andrea, you have to leave the beautiful land of Australia and get back to the States, pronto!”.

Let’s rewind to some time near late March. My semester was nearing its end. I was preparing for exams, arranging final presentations, working part-time at a café restaurant and while doing the aforementioned, juggling a very active social life. I was giving everyone as much Andrea time as possible because somewhere during my busy schedule I had also managed to apply to PR internships all over the globe – meaning that if things went as planned, I would leave in May for a little over 3 months.

Out of about 30 internship positions I sent résumés out for, I got a response from around 8. From those 8, only half of them offered me a position – one in London, Buenos Aires, Chiclayo, and Sydney.

I won’t deny that Sydney was actually my last choice. Nothing to do with the actual internship, but I’m just somewhat of an avid traveller and I just wasn’t ready for Australia yet. I wasn’t ready because I was stuck in the mindset that Australia was going to be too similar to the States and I wanted a bigger cultural shift. However, as my first internship experience ever, I could not completely disregard that I needed to consider which job would be best for me. And so after some advising from my intern director back home, talking with the ‘rents, and reminding myself that the land down under is very, very deep down under for me (as in as-far-from-home-as-I-can-possibly-get down under), I convinced myself that it was now or never to make my way to the land of the Aussies.

With maybe about a month to make a decision, respond to my offers, find a sublet, purchase plane tickets, prepare and pack, and say goodbyes, I didn’t really have the time to think about the actual leaving part. I had no idea what to expect from my upcoming endeavours. I embarked on my adventure with two days’ worth of flights and layovers, and 3 days after landing in Sydney, I started my internship at WordStorm Public Relations.

WordStorm is a small PR agency that almost functions as a family would. The interns could be compared as the kids of the family – younger and inexperienced. Being the ‘child’ of the family, I was given daily tasks and was rewarded for doing these with an allowance. When it comes to my time spent at WordStorm, I’m not referring to money when I say allowance. I say allowance as a lack of a better metaphor to explain my rewarding experience here.

I came into the PR world just as child comes out of the womb, in that everything I did was instinctual: how to communicate, read, write, and speak. But I didn’t know how to, to who, what to, where to or when to. Of course, I’ve studied about pitching to people, writing media releases, creating media kits and whatnot in college, but I’ve never personally, or watched anyone actually make use of that knowledge. I have learnt that every little task I did is just part of the process and is equally important. You can’t get to step 3 without completing steps 1 and 2 first.

Being a PR practitioner is tedious. Keep that in mind if you’re aspiring to be one. It’s tedious because we are what makes the world go ‘round. We help companies sell the things you buy. Yes, it’s a communications based field, but it’s just as much a business field as well. We don’t just talk money, we make the money talk!

Aside from it being my first internship ever, I am also in another country. I can see things on a much more global level and I’m grateful for starting where I have. With what I’ve learned, I have faith that I could successfully open a business of my own and run my own PR one day. I couldn’t be more appreciative of the opportunity I was given here.

Thanks WordStorm team for inviting this young American into your PR family – it’s been a pleasure.