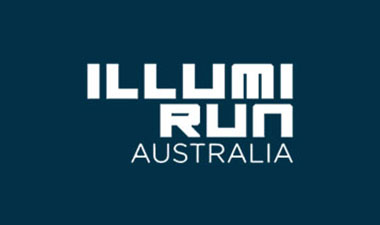 The ILLUMI RUN team said that the PR campaign elevated the brand far beyond start-up status.

ILLUMI RUN is an established event in Asia and developed its brand in Australia. It is a 5km ‘party on the run’, designed to be entertaining every step of the way. During the run, participants get splattered with neon paint as they make their way through the course.

Fun runs are popping up everywhere so it was essential for the WordStorm team to publicise ILLUMI RUN’s unique selling points. In addition to pitching to What’s On media across Melbourne, Brisbane and Sydney, we also did a targeted pitch emphasising ILLUMI RUN’s point of difference to women’s magazines, health and fitness magazines and university publications.

This led to a wide range of coverage in long-lead magazines such as Qantas – The Australian Way, Cosmopolitan, Good Health, Women’s Health & Fitness, Weight Watchers and Ninemsn. Metropolitan news coverage included The Age, The Sunday Mail, Time Out (both Sydney and Melbourne), Concrete Playground and much more.

“Thanks to you and the whole team for elevating our brand far beyond start-up status.”